I may have mentioned once or twice how much we like football at our house. (and here)

Griffin has been patiently counting the years until he would be eligible to try out for the West Side Wolverines, our local 5th-8th grade football program. Well folks, this was the year.

Saturday morning was Skill Testing day, where they received their number and the try out process began. Each day this week they've been working on the basics for 2 hours in the hot muggy afternoons. Griffin is #546. 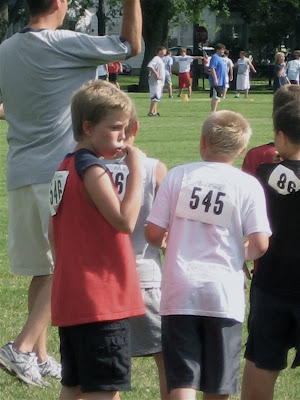 And the catch was GOOD! 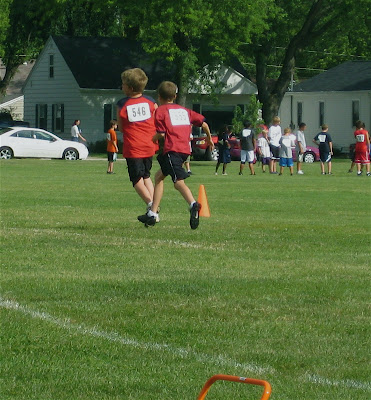 Yesterday, was Letter Day. After practice each boy received a sealed envelope and STERN instructions as to proper unfurling etiquette.

Not on the park grounds.
Not in the car.
Not until your arrival at home.
If it was discovered that you peeked before hand, your position on the team (if you made it) was in jeopardy.
If you made it and teased or mocked someone who did not make the team, your position was in jeopardy.
If you made the team, your equipment was only to be worn AT PRACTICE.
You are NOT allowed to wear your equipment to play with your brothers in the back yard.
And you are NOT to let your brother wear your equipment to play with you in the back yard.

Each letter contained either a "Congratulations" or "Thank you, try again next year" 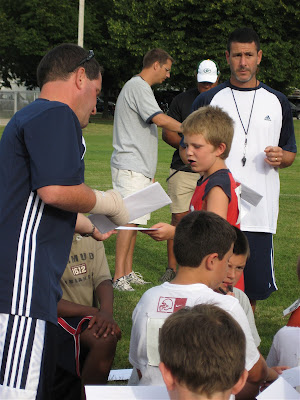 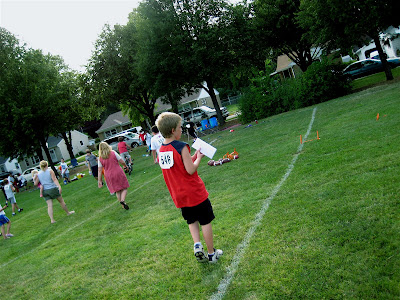 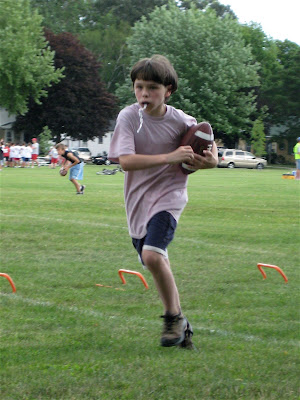 who had to stay later due to the fact that his big sister was trying out for the Cheer leading team for the Wolverines and their practice was held immediately following the boys.

Unlike his buddy Jake (no photo available) who's dad had to run to the grocery store on his way home from practice. 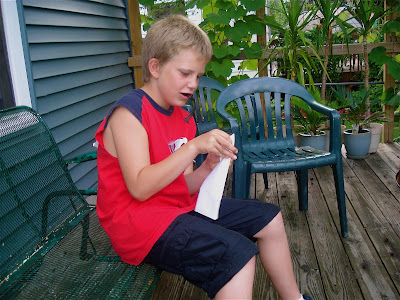 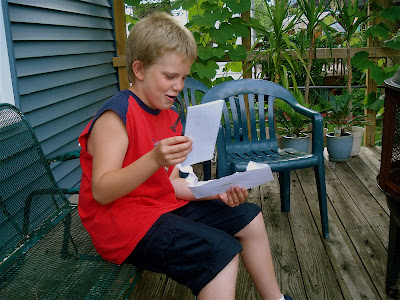 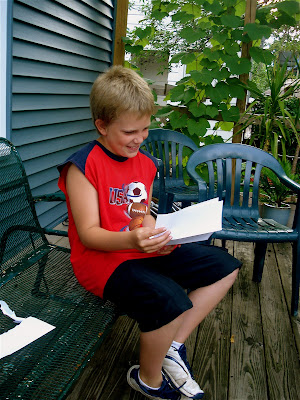 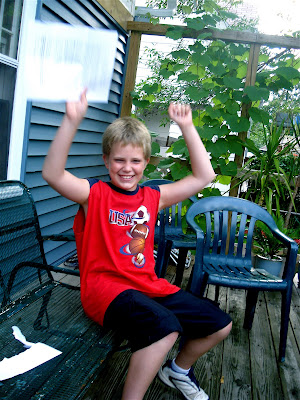 The phone calls started coming about 30 minutes later. Parker and Jake also made the team!

Do you think it would be cruel to tell him now of my plans to move the whole family to New York.

I suppose it would.

I'll just have to cheer for Brett from here. Through my sobs.
Penned by Kari approximately 5:53 AM
Email ThisBlogThis!Share to TwitterShare to FacebookShare to Pinterest
Labels: kids

First of all CONGRATS GRIFF! (AND PARKER!)
When I heard the news this morning, I thought of you. I hope you are okay. I am here for a hug if you need one!

It is all very exciting! Too bad about your other star football player. His leaving will help you to focus on your son's up and coming career as the future QB in the land of cheeseheads.
Deb

PS. Parker and the big sister thank you for the plug. They are feeling famous now.

Hooray for your boys!!!

No matter what anyone else trys to convince me of....
Brett is the quarterback of my heart and the Packers blew it.
They really blew it.

I predict the Jets have a better season than the Packers this year.

Brett always does well when he has something to prove!

I'm betting there will be a lot of fans around here suddenly interested in the Jets!

we are on the same team ya hoo parker