ESFP vs. ISTJ (He Bleeds Green and I Bleed Gold)

We think differently. We each took the same personality test. In theory we should compliment each other. Our reality is interesting.

We celebrated our anniversary last Thursday by going to the "RV and Camping Show" at the arena and then out to dinner with my parents. We parked in the Lambeau Field parking lot. I have lived here for over 23 years and I have never parked there. (I learned how to drive in their lot, so I guess I did park there...probably just parallel though.) I grew up within walking distance so it was never necessary but, since the temperature was predicted to drop rapidly over the course of the evening, Lambeau it was.

Would you believe I never stopped to take a picture of it either? Growing up within blocks of the Stadium was really a hassle on Game Day. Venturing out was difficult. Our street had "No Parking Day of Packer Game" signs up and to make things worse, all streets surrounding the area were "One Way" . One way before the game and the other way after. I used to wish I had a sign on my vehicle that said "Stop waving that blaze orange stick at me, I don't want to park in your yard, I just live down the street!"

ANYWAY, I finally took some pictures. 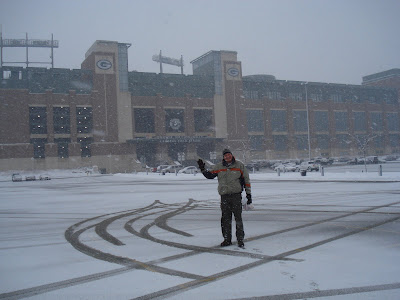 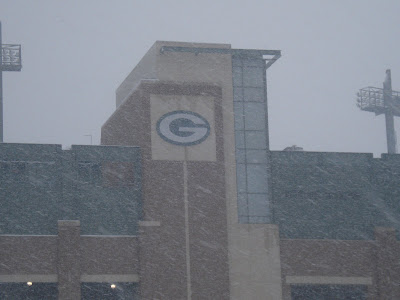 We really enjoyed the RV show. We got lots of ideas on interior design details. This was my favorite. 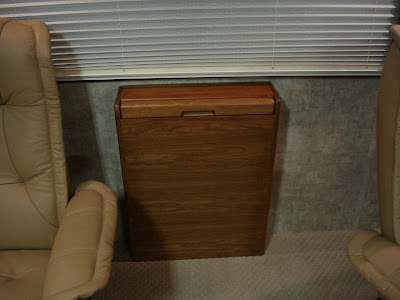 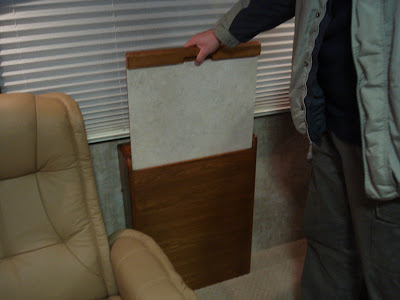 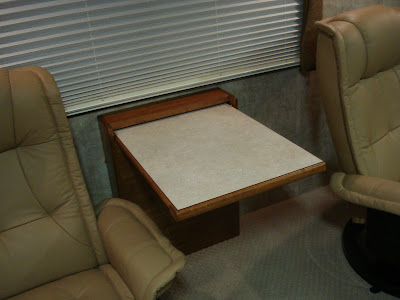 3 hours and -17 degrees later this was the scene. Watch the snow blowing over the box seats, it looks like smoke. And listen to how we communicate. I told you we're opposites. At least we're both Packer fans. We'll always have that.

My wife and I (married in 95) are even MORE opposite. I'm ENTJ. She's ISFP. It's been real fun. We fought like cats and dogs for the first 5+ years. Finally, we had enough and started wanting to work together. "When the student is ready, the teacher appears." We have a 'good fight' once every 6 months or less since.