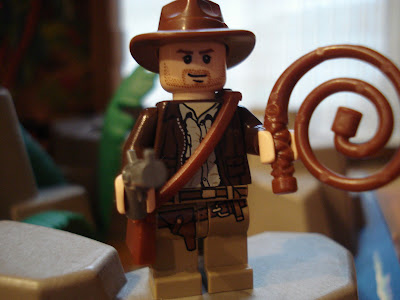 Each morning my little guy wakes up as some one new. Indiana Jones, James Bond and Brett Favre are a few of his favorite characters. I love that about 4 year olds. One particularly cranky morning he just didn't know who he wanted to be. Identifying with his dilemma, I tried to find a solution to his identity crisis, I offered Indiana James. It had a much nicer ring than James Jones. He was quite pleased.

The other day at Target we found a hat resembling Indiana's on the clearance rack for $3.48!

We also couldn't pass up this Indiana Jones Lego set. If you'll remember, this is the exact scene played out in my front yard just 2 weeks ago. 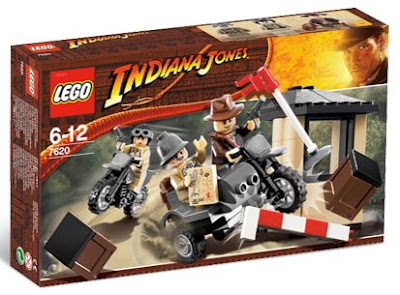 Here he shows off his hat, the Lego hat (already lost) and the whip (the likes of which he will not be getting - EVER) 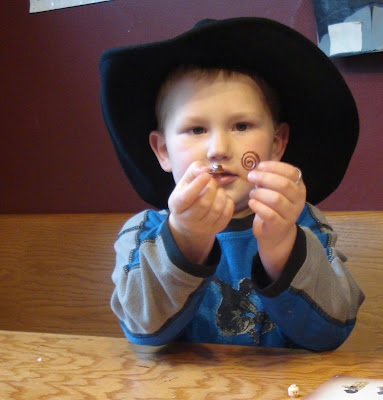 Lego guys are his dearest companions. I just love that about 4 year olds. 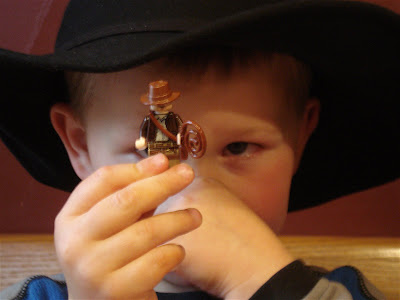 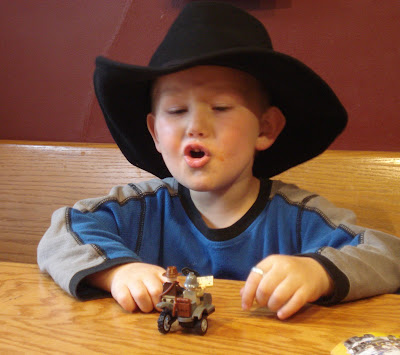 Imagination is a wonderful gift.
Penned by Kari approximately 5:31 AM
Email ThisBlogThis!Share to TwitterShare to FacebookShare to Pinterest
Labels: kids

I absolutely love it! What an imagination. And he looks amazing in that hat.
Happy day,
Anna

Who said archeology and anthropology were dry and boring? Maybe the dudes that lurk down by the washer stole the lego hat. I can see how it would cause coveting and eventually stealing.

yes the box did look like your previous discription of thee "adventure" in teh front yard!

They did a nice job to replicate that for you