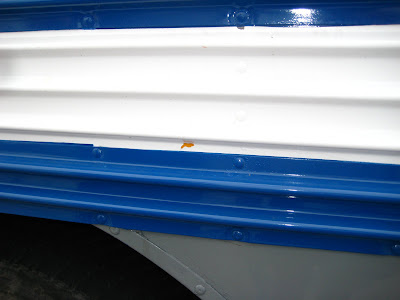 "It reads entire vehicle, this needs to be fixed." 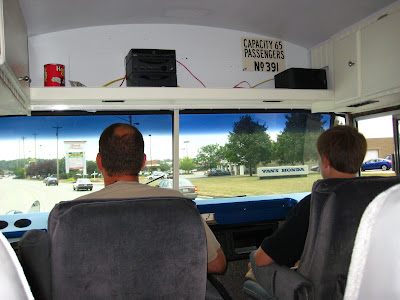 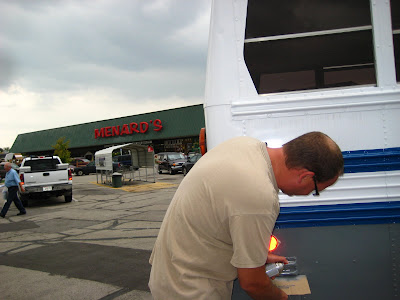 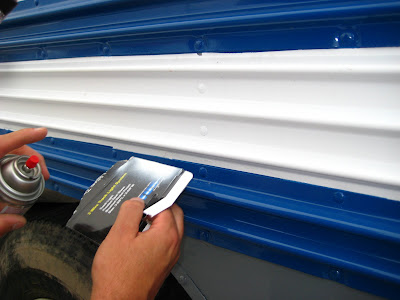 With clouds increasing and the threat of rain inching closer every second we hurried with the deed and, feeling hopeful, returned to the DMV within 30 minutes.

The "quicker than before pace" with which we traveled led to a few more unlatchings of the door and at one point caused the kitchen counter (not yet attached) to slide from it's placement onto the floor.

The lines were much longer and there was definitely a different aroma about the place. It really is amazing that with a steady stream of people the air quality can change so drastically. When we arrived at the information station I cheerfully greeted Mickey with "It's not raining!"

"It was tacky when we left Menards" says Matt with a grin "We bought quick drying spray paint."

I held the door for Mickey as he left the building.

"You know I'm going to go over this thing with a fine tooth comb now" more of a statement than a question.

Little rain drops started to fall from the sky as he circled the bus once more, rubbing the spots of spray paint. This time even tiptoeing up to the windows occasionally to check the ledges.

"You'd better keep those paint cans in case you need to touch up on the road. No use in subjecting yourself to trouble."

With our number, we settled in for the wait. Between 16-27 minutes the scrolling marquee informed us. 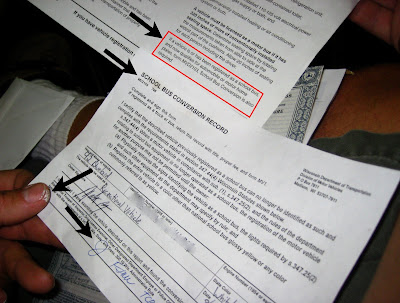 We approached our designated window with our paperwork and so, another process began.

School buses, it seems, are hard to put out of service. After two tries the lady we were assigned to called over Carlos to give it a try. "It just won't take the numbers" she said, speaking of the computer.

I think I was starting to add odor to the department.

Carlos grinned as it worked just fine for him. She slapped him as he walked away. "Everything always works for him...Let's see, is it white? I saw it out there on my lunch break."

After a few more questions pertaining to licensing length we were handed our plates. 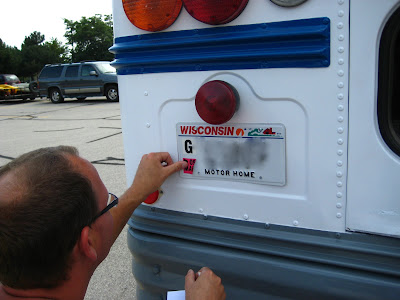 Feeling like we had just conquered the world we decided to drive home via Oneida Street just a mere 3 hours before a home Packer Game. I felt like shouting out the window, "We're a motor home!"

I found myself waving to everyone trying to get us to park in their lots. 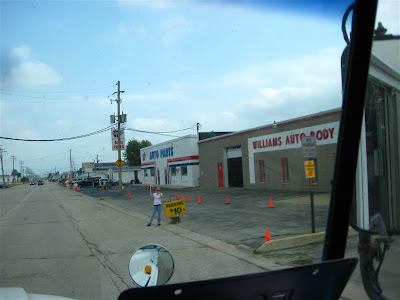 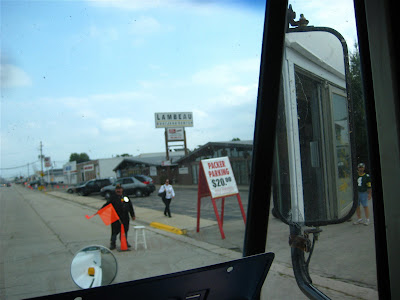 I almost gave *"the sign" to a brotherhood of motorcyclists as they passed. 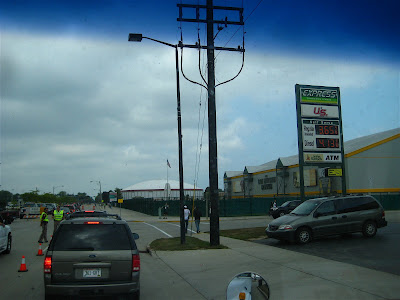 The security measures were already put into place so we were unable to drive exactly right by Lambeau Field. 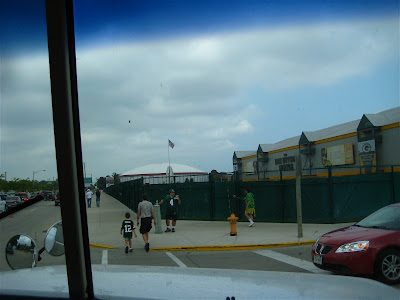 I did get a picture of it out the side window though. 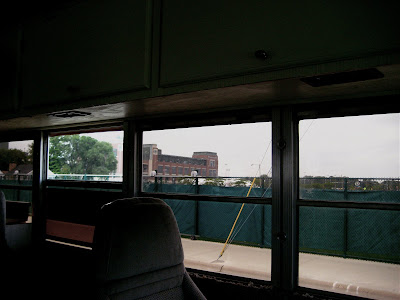 We arrived home just after 3 pm, picked up the kids and took them for a ride before Matt safely tuck her back into our driveway. 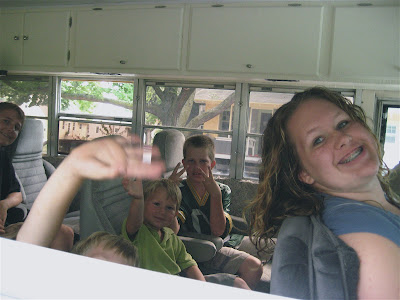 I wonder if she feels any different? 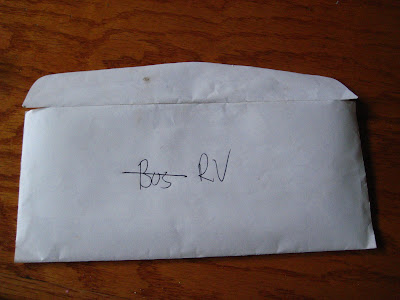 From School Bus to RV in less than 3.5 hours.


*If you don't know what "the sign" is, watch what two motorcyclists do with their hands as they pass each other. I wonder if Schoolies have a sign?
Penned by Kari approximately 4:37 PM
Email ThisBlogThis!Share to TwitterShare to FacebookShare to Pinterest
Labels: Bus

YAY!!!!
Too cool!!
You know you may want to see if you can get some of those baby-proofing latches to hold the drawers shut for you.

Oh, that is absoulutely wonderful. Praise God from whom all blessings flow!

Congratulations! You must be so happy with your accomplishment. I hope you get years of happy traveling in your new RV.

Guys,
that is terrific, can't wait for you to take the inaugural camping trip with her!
Hopefully in about 5 years I'll be doing the same thing, have a shop to finish and a house to renovate first though. I know my wife would have a fit (to put it mildly) if I started a bus project any time before the house was done.( I got to do my shop so the house could get done, but that's taken me over a year) All the best, safe travels!