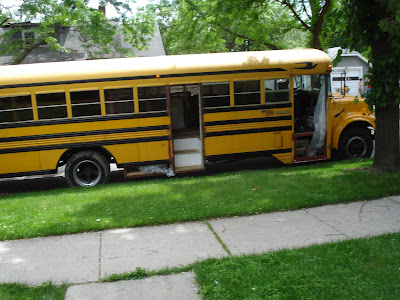 Remember our bus project? I know, it's been quite awhile since you've had an update. The door is now done and the hole left in the front is covered as well. Here, I'll show you...

First, (or should I say 12th) Matt welded a box to go under the bus for storage. 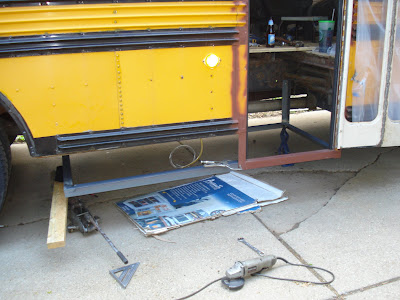 Which will be eventually be accessible by one of these doors. 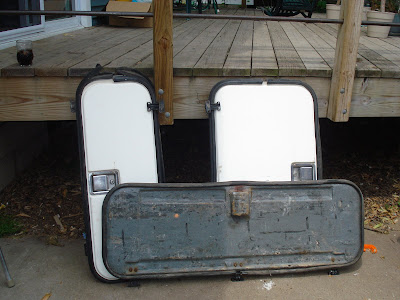 Then he constructed the steps from angle iron and finished the storage box and steps with plywood. 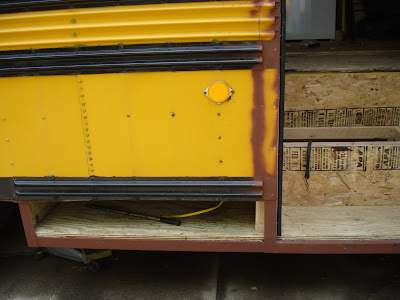 The steps are a little steep but we decided we'd rather have steep steps than more, but really narrow, steps as the "run" is only 24 inches. Or would that be the "rise"? In any case, we'll all just have to get used to it.

The tread of the step also doubles as a lid for more storage. He added beadboard to the risers and the sides. 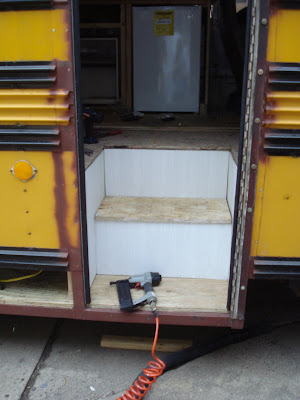 Here's the inside of the door, it's not beadboard as we originally planned. I've learned to roll with anything these days. The closing mechanism is pretty ingenious if I do say so myself! 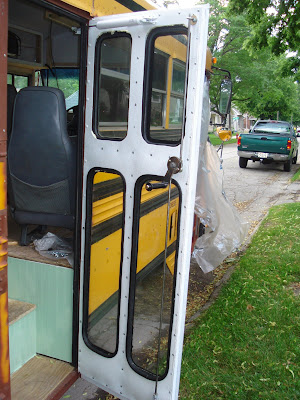 Notice the handle? It's from here! 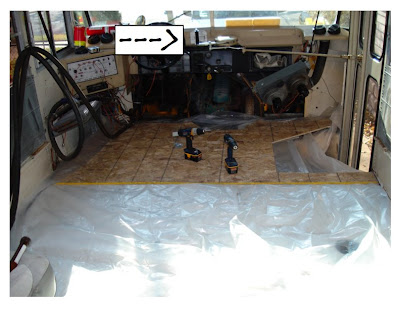 Now we'll end the tutorial with a snapshot of the outside. 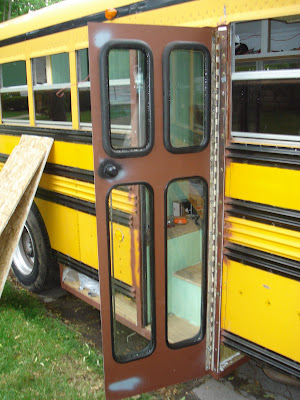 Now I'll show you how he closed up the gaping hole left on the passenger side of the bus by welding a frame to enclose the previous steps and covering the inside hole with the hood of a car we just happened to have laying around. 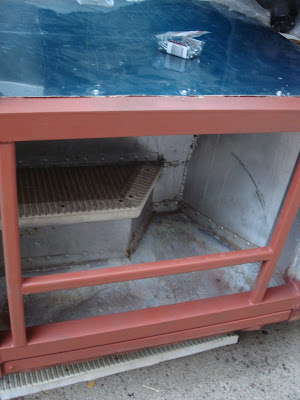 On top of that, he added a new piece of plywood and ... 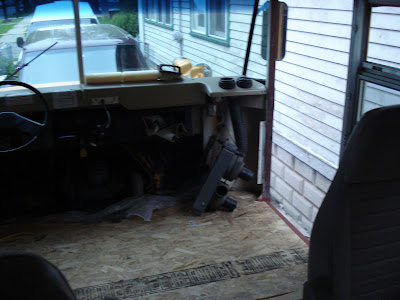 a layer shingles we also had laying around (to help deaden the noise) and he's almost done. 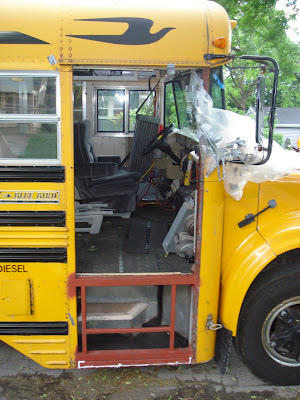 Weld some more braces to support the wall... 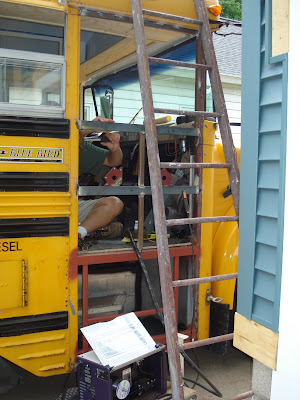 stuff his middle child in just for fun... 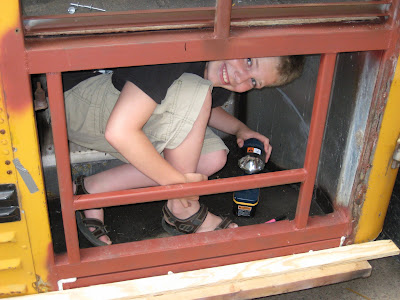 and slap on some more sheet metal. Of course we let the boy out first! 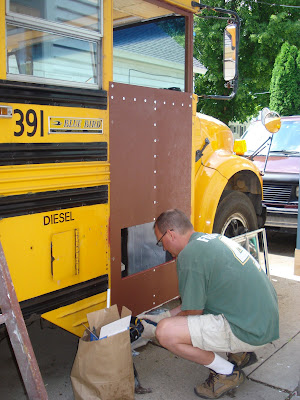 Add lots of rivets and this window... 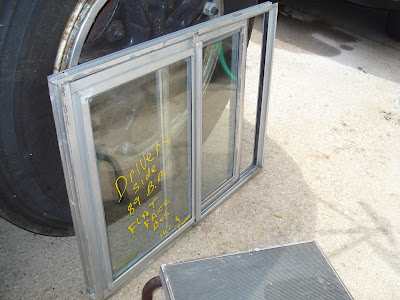 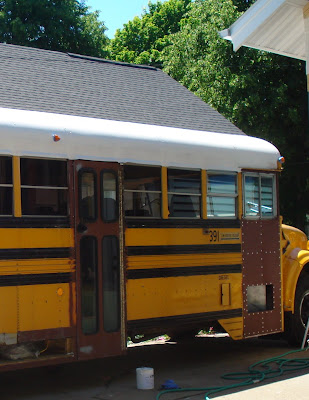 if you count the time it took to grow the berries

Penned by Kari approximately 6:00 AM
Email ThisBlogThis!Share to TwitterShare to FacebookShare to Pinterest
Labels: Bus