I was medicated, feverish but functioning. I rested on the couch while the big kids watched the little kids. They watched "The Magic School Bus" and I considered that school for the day.

Matt worked on the bus and I did take some pictures of what he was doing. 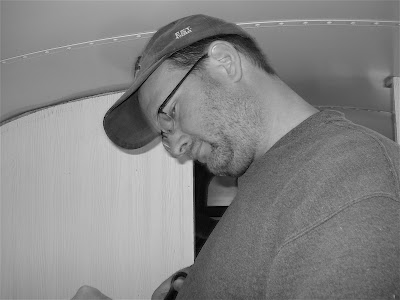 "I'm rehearsing for my one man play." 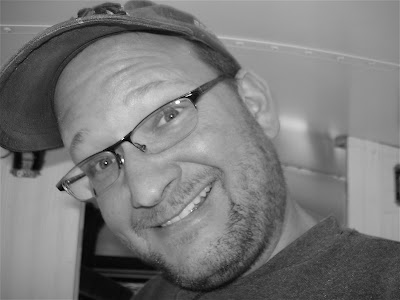 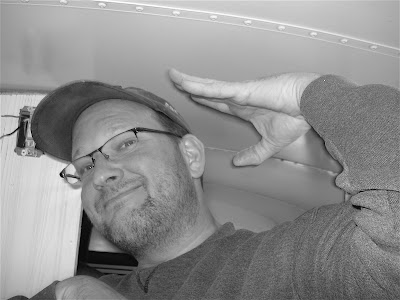 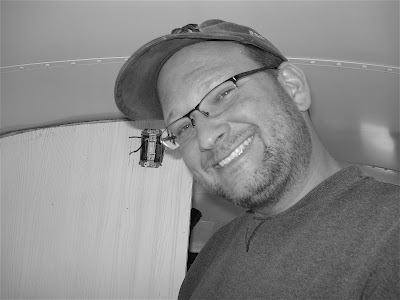 He was really wiring the bus for reading lights. He hard wired these battery operated LED puck lights to work with switches and installed them in each bunk. 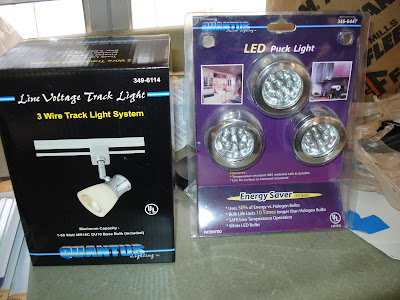 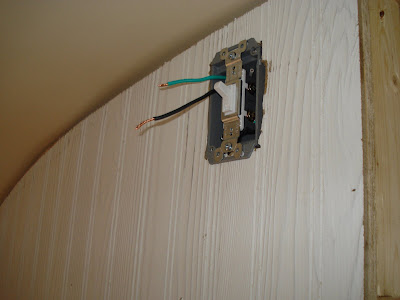 He's also been covering the plywood walls with bead board. Getting the pieces to fit (and have their "beads" line up) has been time consuming.

Wednesday was much the same. I was medicated, feverish but functional. Matt was now done on the bus and had moved his projects to inside.

For the next 4 days the table was covered with electronic stuff. Not bus related.

I don't know all the details, but the end product has been quite amusing.

Stay tuned....
Penned by Kari approximately 11:14 AM
Email ThisBlogThis!Share to TwitterShare to FacebookShare to Pinterest