We're trying to decide whether or not to move the front door. Matt and I are at an impasse so we decided to involve the kids. We sat together last night and made up a pro and con list.

First a little explanation of the procedure.

The 4th window back would be removed and an opening would be cut out of the of the side of the bus. And about 2 feet of the floor. Then a box would have to be assembled to house the stairs. A door would need to be constructed and fit. 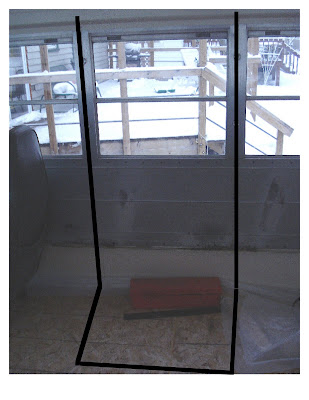 Meanwhile, up front the door would be removed, a metal frame would be constructed on the side wall and at floor level. The floor would be finished like the rest of the floor and the side wall of the bus would need to be enclosed. Hopefully, the metal cut from the siding of the bus at the new entrance would be enough to cover the old opening, and the window would be able to be reused for the passenger side. 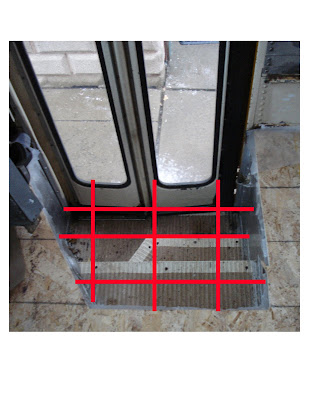 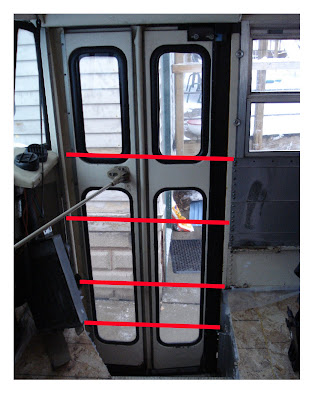 THE FACTS
This would in no way jeopardize the structural integrity of the bus.
This would not impact the bathroom area already planned.
After painting, the change would not be recognizable.
It can be done. Check out SportyRicks bus

Pros
Better utilization of passenger space.
easier to get in and out while camping
gain storage space in old stairwell (with access panel)
The new door would be able to be locked
Less noise in the passenger area


Matt has a couple of days off, we'll keep you updated on the decision and progress.

Penned by Kari approximately 8:21 AM
Email ThisBlogThis!Share to TwitterShare to FacebookShare to Pinterest
Labels: Bus

This might be too late to give input but if my idea is used I would need copyright and IT be NAMED after me;0. I think you could inclose the front door and stir well but you could maek it so there is a cooler in the stair well that could be accessed by the floor and you would have your own "custom" made refrigeration devise. Ok I jsut thought the mini fridge you have in teh SALVAGE Yard find isnt' enough space for cold drinks on HOT days, out and about