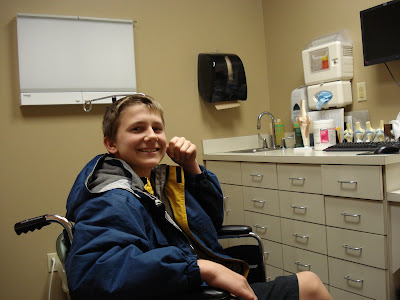 At basketball practice yesterday our 14 year old stepped on a teammate's foot and sprained his ankle. Actually he only stepped on half of his teammate's foot then his foot rolled off his teammate's foot. He said he heard a terrible sound, kind of like "cracking your knuckles, only deeper." As much as I complain about children's bodily fluids not being where they are supposed to be, I'd much rather deal with blood, vomit and the like than this. 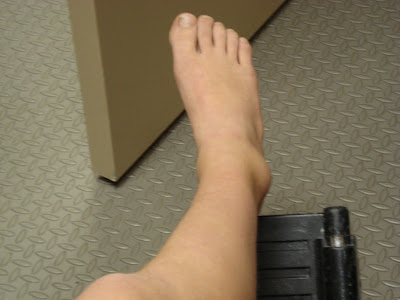 It would have been less painful for him if he would have just stepped on the whole foot, but I've learned this about my son, he has a habit of doing half of what's expected.
Penned by Kari approximately 8:15 AM
Email ThisBlogThis!Share to TwitterShare to FacebookShare to Pinterest
Labels: kids

Well see it is a Praise GOd they have feet thing!! Right?:\

I do rememebr Courtney having the imprint of the basketball on her eyeball last year playing at St. Mark. When the Dr. showed me I couldn't help but laugh (that is what I do when Courtney gets hurt) She is like the Energizer Bunny, she jsut keeps going and going!
God is so good,