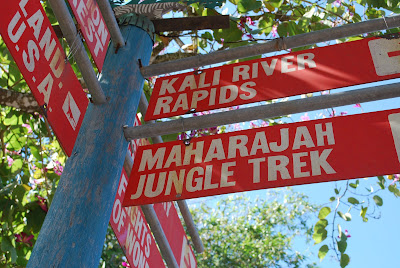 The most difficult feat in today's post about our 2nd day at Disney centers around the number of pictures we took that day. 776. Paring them down to a respectable amount while still being able to tell the story I want to tell was crucial. 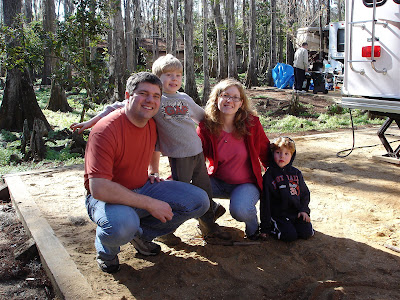 My brother, his wife and their 2 boys had been staying with my parents in their 5th wheel for the last week so we kept Kris's boys one more night with us on the bus. My sister, I felt, should at least be able to sleep on something more comfortable than an air matress, so we insisted she stay with them on their couch.

The day before was our only overlapping day with my brother, but regrettably, we didn't get to spend any time with them. We did snap a picture of ALL the grandkids before they left. Hailey is holding Nathan and Christopher is in the front. Feel free to refer to Disney - Day One if a refresher course is needed for names and faces...or not, I don't want to be bossy. 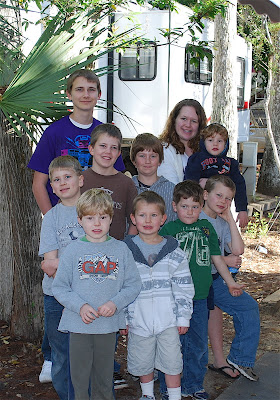 Our objective for the day was to see as much of the Animal Kingdom as possible. I had never been here and I was a little concerned about missing something good. Our strategy was to get in the park and go left, always left, against the flow of traffic, hoping to avoid long lines and in the process give me a little peace. I love a structured vacation but with so many of us together I had agreed before hand (with my very laid back sister - thank you!) that I would chill out. I wanted to avoid willy nilly time wasting by weaving in and out and across the park, so we devised this plan to keep us all sane. Go left and see what we want to see then, move on.

Our first stop was the Lion King show. It was the highlight for many that day. 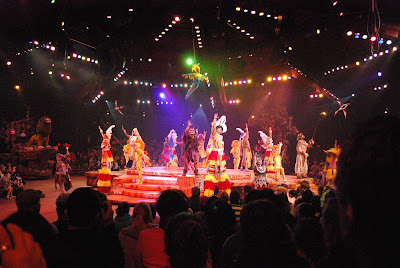 All the boys loved the fire dancer of course... 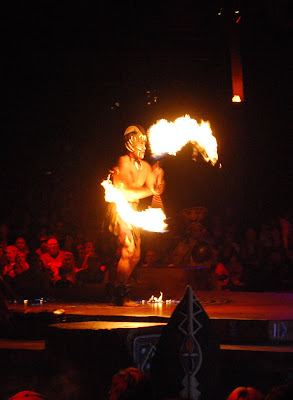 And I was partial to the monkeys... 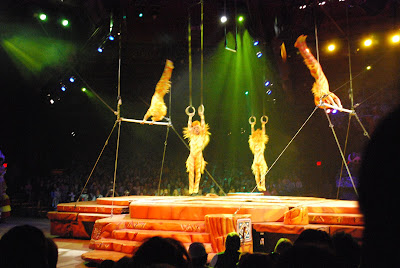 Matthew Hunt...if what you plan for the future doesn't pan out, this would be the perfect job for you!!!

My mom, always the thinker, found 6 of these hats on a clearance rack and bought them for the youngest boys. Much easier to keep track of 6 blue hats than 6 bouncy heads. 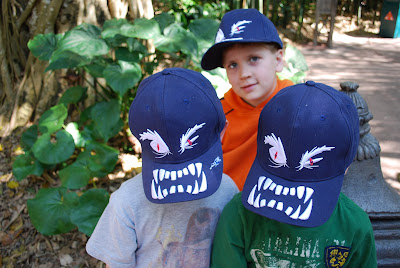 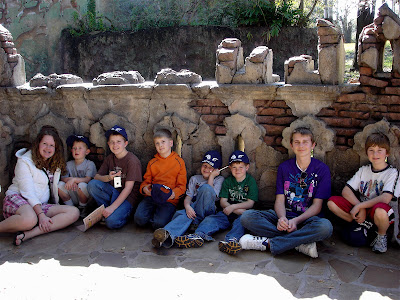 The focal point of the Animal Kingdom is the Tree of Life. It's absolutely amazing... 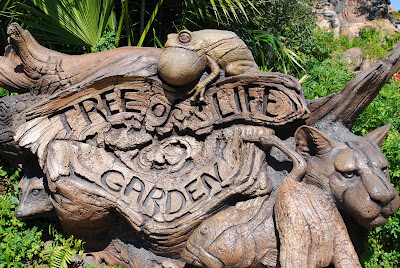 If you've seen it, bear with me as I explain. 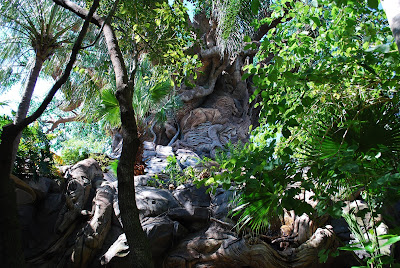 The entire outside is carved with creatures. Like an enormous "hidden picture" . Can you see the lion on the left and the owl on the right? And the horse above the lion? 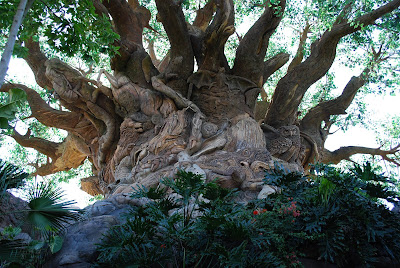 (As always, click on the picture to enlarge)
At many points, as we weaved our way through the show line that meandered through the tree, we found ourselves holding up traffic. 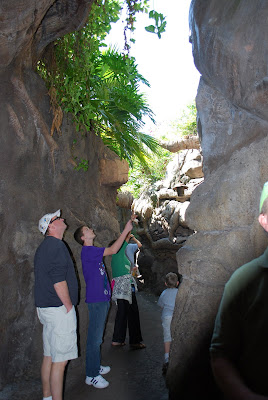 The animals on the Kilimanjaro Safari were out in rare form for us! I had heard sometimes, the truck doesn't encounter any on the ride. These rhino's were right by the road. 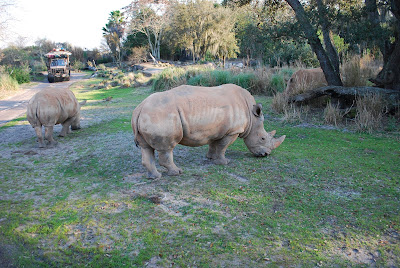 As well as the elephants, giraffes, cheetahs, crocodiles, hippos, and so many more. It truly was a magical day.

Kris wore her pedometer that day and registered 21,000 steps.

Some of the sites we found spectacular as we plowed through the park. 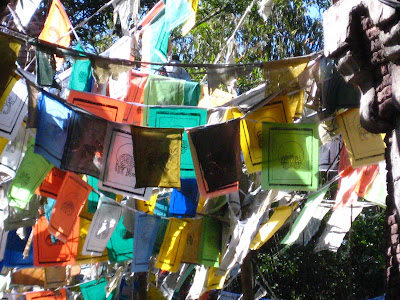 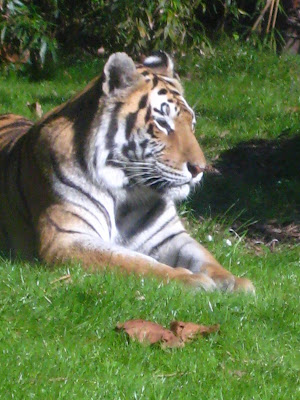 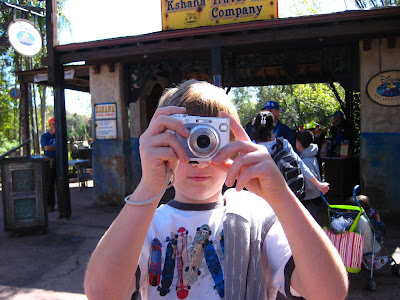 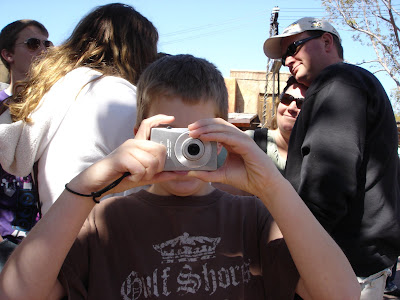 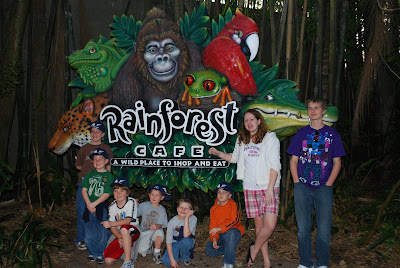 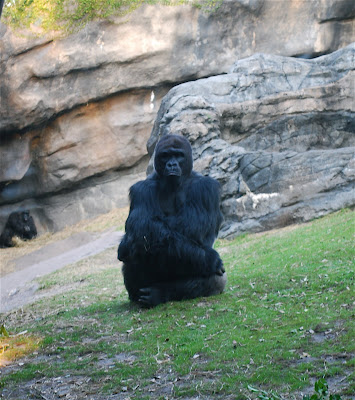 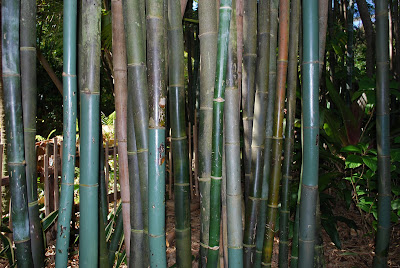 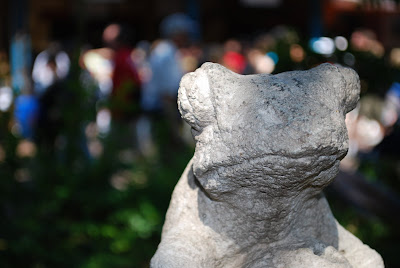 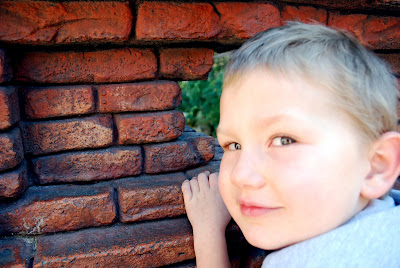 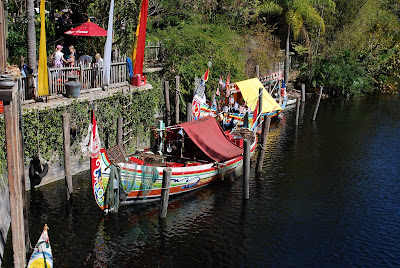 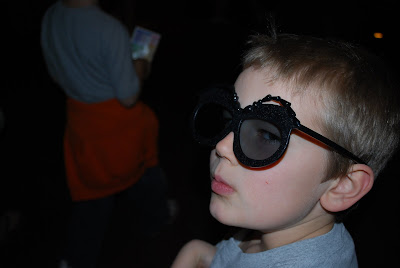 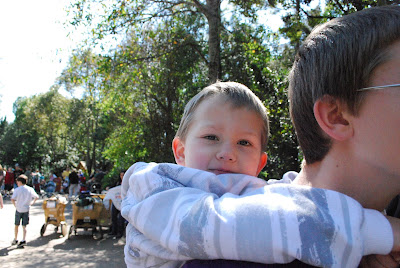 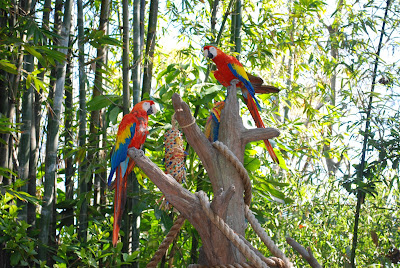 We figured out that some of the more popular rides had a "single rider" line that was considerably shorter than waiting without a fast pass. 5 of us got on this one train, The first person (who wasn't there!) to find and identify which 5, and where we are will get a prize for that (and for sticking with me to the end of this incredibly long post!) 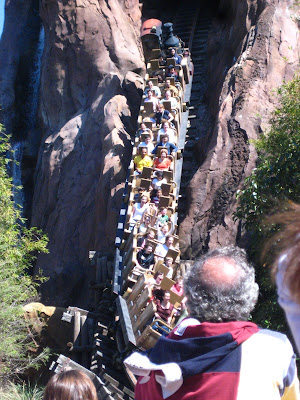 Penned by Kari approximately 4:50 AM
Email ThisBlogThis!Share to TwitterShare to FacebookShare to Pinterest

day 2 god made it wonderful for you

WHERE ARE THE STINKIN' HATS ON THAT ROLLERCOASTER?

Hah...I found 5 of you on the Expedition Everest!

They are in order from Caboose to engine. Kari, row 4; Hailey, row 6
; Kris, row 8; Ryland row 11; and Keaton, row 14. Keep in mind that is Caboose to engine order. All are seated on the right hand side of the train as you look at the picture.

Looks like you all had an awesome time. Truly, the HAPPIEST PLACE ON EARTH!