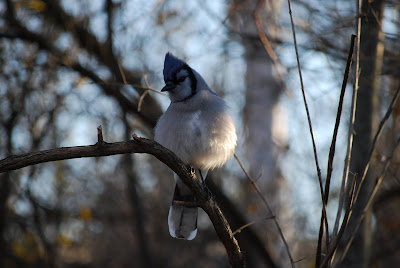 Three thousand seven hundred seventy-six acres all to ourselves.

Yes, that's why we love camping on off peak season~weekdays.

When we arrived on Sunday afternoon there were a handful of other campers, but come Monday morning, they were gone, leaving the entire state park to us...and the work crew resurfacing the parking lot by the boat landing...but by 4 pm even they had gone home. 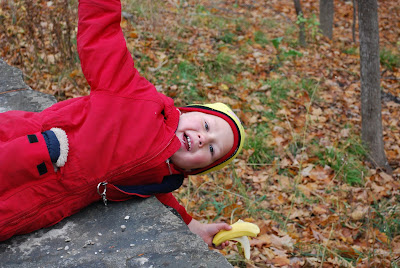 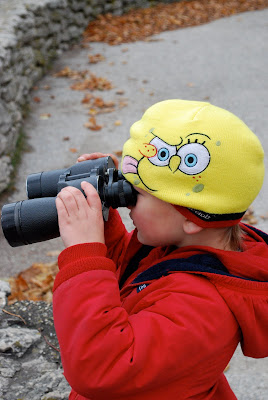 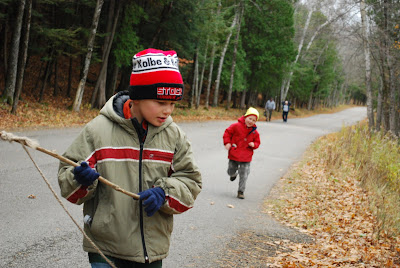 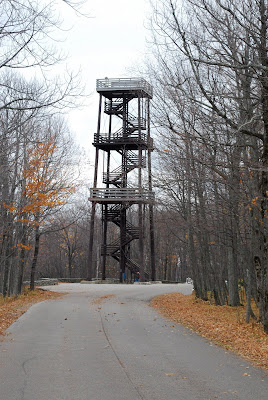 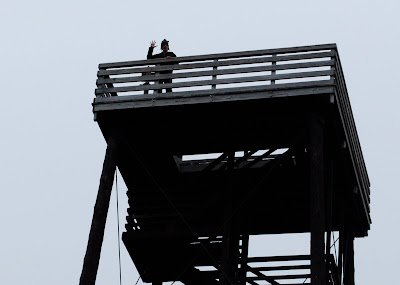 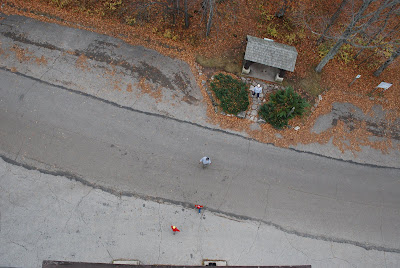 We collected as many rocks as our pockets would hold then made angels on the beach. 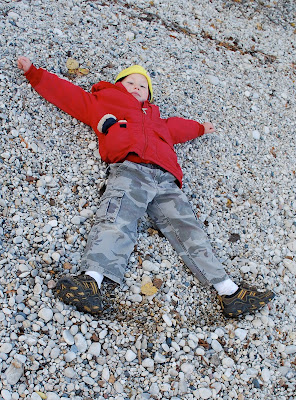 I think the critters were happy to see us there. They posed for Hailey's camera. Stray Doritos, oyster crackers or peanuts were the only payment they requested. We were happy to oblige. 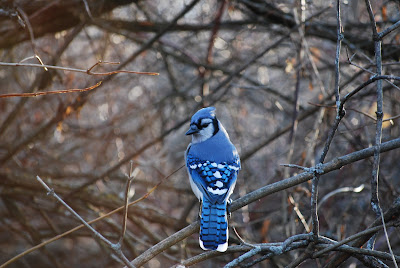 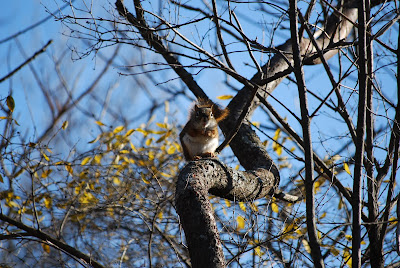 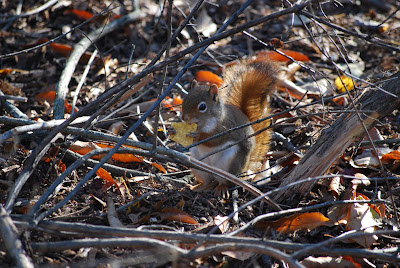 They took their payment straight from our hands. 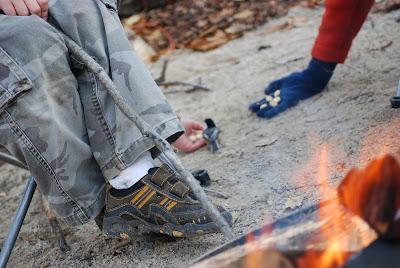 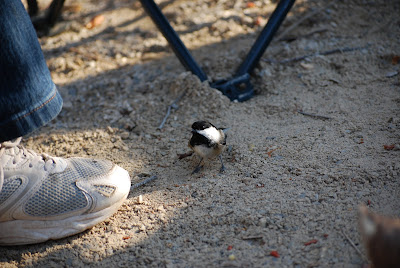 and stole our seats by the fire if we dared to leave them open. 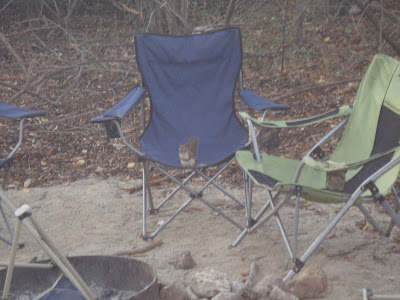 This little guy didn't have a chance once Isaac spotted him. He didn't get a treat. I don't even know exactly where his mouth would be anyway. 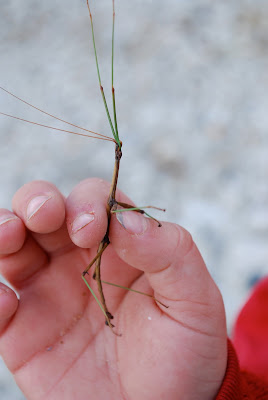 It didn't really dawn on me until we were locked in the bus to sleep on that perfectly clear full-mooned night only 2 days from Halloween...we were the only ones there...the only ones on three thousand seven hundred seventy-six acres...legally. I doubted that there were any fugitives, but while I was entertaining that thought I decided, that if ever found myself running' from the law, this is where I would come. I recollected where we had trekked earlier in the day and thought of countless possibilities for undetectable hide-aways. In the summer, you could easily blend in during the day and by night you could slip away into hiding. The off season might be a little more difficult...tracks in the snow, heat and lighting issues.

I guess I'd seriously have to consider the time of year before I committed some heinous crime.

Just when I had sufficiently worked myself into a self contained tizzy the wind pick up, the awning flapped, and the chairs around the fire pit were blown into a pile. I craned my neck to look out the window and I said "I see sky".

Hailey, whom I had assumed was already sleeping, exclaimed "You see a guy?!" and jumped from her bunk.

Relieved, Hailey relaxed. She must have had the same thoughts running through her head as I did.

The problem with seeing the sky was that the awning was up, the sky shouldn't have been visible. We debated for about 2 seconds whether or not we should go out and take it down. None of us wanted to listen to it all night.

The middle support is not held tight with pins like the side ones. It "floats" inside the 18" pipe that is permanently cemented to the rim. 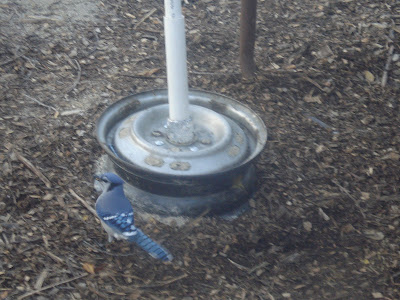 Matt designed it to lift out in gusty conditions instead of holding fast and tearing. (remember, it's just a standard size ~ replaceable ~ tarp)


Well, it functioned exactly as planned and the whole awning had lifted on its frame like a sail and then settled back down as the wind subsided.

In a short time the awning was disassembled and we were back inside, snug and comfortable in the bus on three thousand seven hundred seventy-six acres. Alone.

I should not have been surprised at all when a memory of Hayden entered my mind as I drifted off to sleep.

Early in his life, he announced to me that he'd like to be a criminal mastermind, without the criminal part.
Penned by Kari approximately 6:01 AM
Email ThisBlogThis!Share to TwitterShare to FacebookShare to Pinterest
Labels: Bus

Hi Kari,
check out your Lemonade award over at the Ranch:
http://ragingbearranch.blogspot.com/2009/11/lemonade-stand-award.html

We love camping off season too. It's so much fun to enjoy nature without running into other people. I love your bus. Maybe someday, I'll talk Mike into making one for us. Btw, the photos were terrific!

I love the snow!!! How did you do that? Also love the "criminal mastermind" part! :)

That looks like the tower at Pot. Park in Sturgeon Bay, but the acreage makes me think you were at Peninsula, right? Sure do miss it up that way....

Wishing you and your family a blessed 2010!