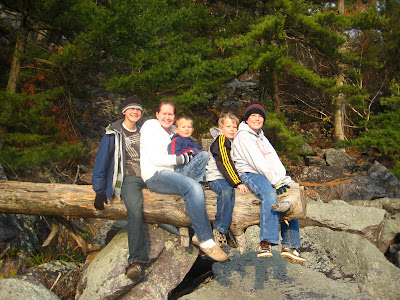 Not that I enjoy cheating...

Not that I condone cheating...

Not that I think cheating is the way to go...

Camping with the bus is EASY.

Last month we went again on a spur of the moment trip to Devil's Lake State Park. We arrived around 5, set up camp, ate supper and started a wonderful campfire in less than an hour. 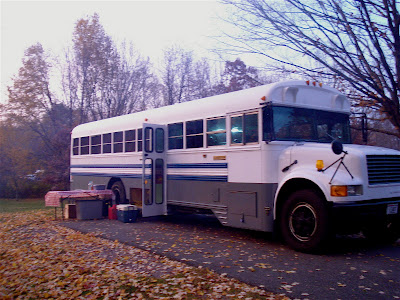 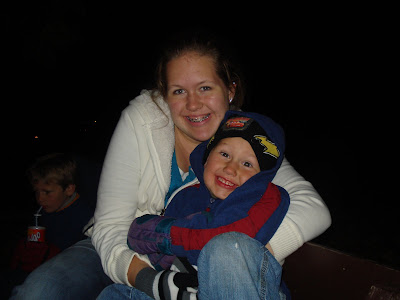 Back in the tent days it would have been dark before I could have unpacked all the gear to actually find the tent, round up the kids to help me construct it, blow up the air mattresses, lay out the sleeping bags and then have to make supper. UGH.

That is IF we would have even ventured out (probably not). It is cold at night and no amount of heater is going to keep a tent warm. We've tried. And really, I'm not about being uncomfortably cold or spending big bucks on bionic sleeping bags.

Before this trip I sewed up some curtains for the doorways leading to the bedrooms and the bathroom out of duck cloth which is why we got such a late start. Well worth it! With one heater in the bedroom area and another in the front and the curtain closed, it was very warm and cozy. I actually had to stick my foot against the side of the bus to cool off a little. 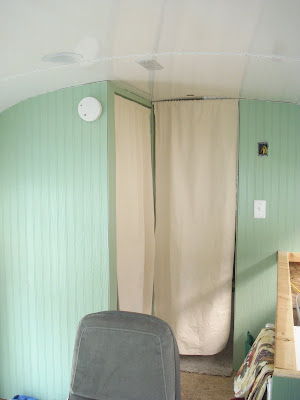 That's another problem yet to be solved. We did not strip the interior walls of the bus and re insulate as some have done, so we have cold walls. Our plan is to carpet them like we did in the seating section, and I think we're going to have to get on that soon.

We also need to get the lettering on the bus. Right now it looks a little bland.

This is what we've chosen, now to just decide the best way to make it happen. 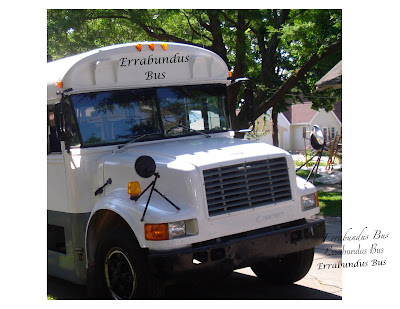 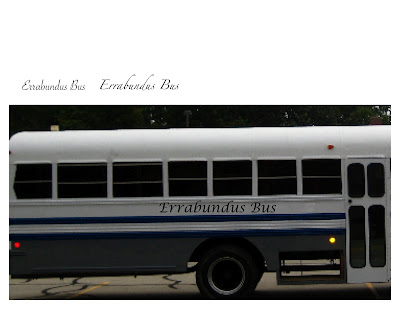 Early in the morning we hiked. After careful consideration, we chose a trail labeled "An easy trail, level and paved, winding through quartzite boulders at the base of the West Bluff just above the lake." as opposed to ones that said "drop-off's" , "steep grade", "spectacular views", "enormous climb" and the like. I'm pretty sure we would have lost someone. 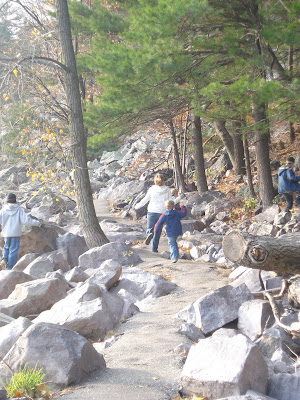 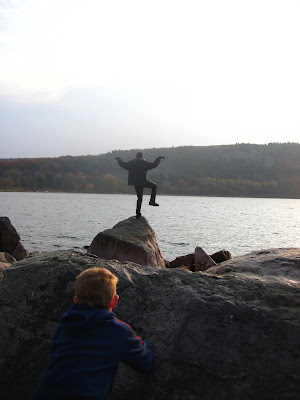 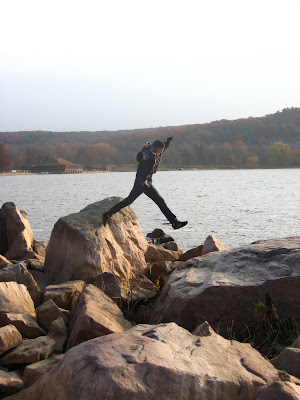 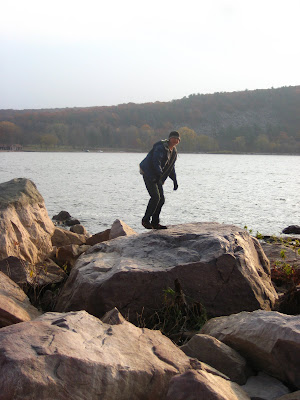 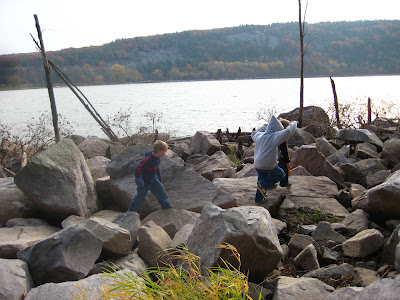 When we arrived back at camp, we relaxed, played at the park, sat by the campfire (It was still hours before lunch...we left really early) and I watched all the other campers take down their gear. 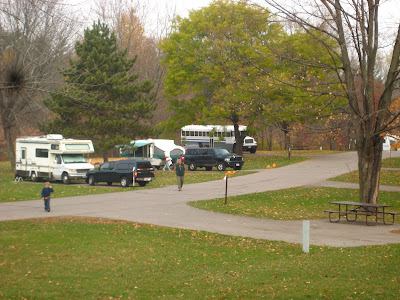 Tenters were the first to dismantle and Pop-ups followed close behind. As I watched I remembered just last year when, right after breakfast, we'd have to start taking down in order to leave at the appointed check out time. My job was to pack everything up and Matt's job was to make it all fit into the van and the trailer. Then we'd all crawl over coolers, squish in the empty spots, and leave. Usually tired and cranky and not excited about getting home to unload it all and put it away. It was an all day process just to leave and another just to return home.

Now, it's all so easy. The bus is already mostly loaded. We need to bring our clothes, blankets, pillows and personal care items and that's it! Stopping at the grocery store on the way out of town saves the handling of groceries too many times. We buy it and load it right into the bus, saving many steps in the process. That has got to be my favorite part! Plus it's fun to park the bus in the store parking lot, it makes for good conversation.

We're still not quite sure of what kind of mileage we're getting as we had some discrepancies with our tank. This was going to be the "fill-up" that determined it. Until someone left a light on (for 2 weeks) and the batteries all died, so we had to jump start the bus and let it run for awhile to recharge them. I'm NOT going to use that for my mileage comparison, it'll be depressing.

So that's the bus news. I'm really glad Matt had that kooky idea to buy a school bus and convert it into an RV. I can't understand why anyone wouldn't!

Next stop...Disney!
Penned by Kari approximately 6:14 AM
Email ThisBlogThis!Share to TwitterShare to FacebookShare to Pinterest
Labels: Bus, kids

Oh, I love your adventures! Love the photo of all the kids.
Happy day.

then after disney land, Hollywood and Vine!